This post attempts to provide a way to approach and organize Twitter Lists. It won't cover step-by-step instructions for creating lists. If ...

This post attempts to provide a way to approach and organize Twitter Lists. It won’t cover step-by-step instructions for creating lists. If that’s what you are looking for, please check out this excellent post by Mashable. And then come right back!

Before you set up a Twitter List, ask yourself what, exactly, do you hope to achieve with it. Two options will present themselves immediately: You can either make the list to help yourself or make it to help the community. Once you decide which master you would like your list to serve, decide which need your list will address. I was able to identify two needs I could satisfy for myself and two that may satisfy the community.

These are practical lists that are made to help you get organized and make sense of your Twitter world, even though they can be of only marginal benefit to the community. I found two ways that such a list cold benefit me. You can probably think of many more ways such a list could benefit you.

1. Lists to segment your followers
There a bazillion ways to segment any given list. For me, most of my followers tweet about marketing in one manifestation or another. They have unique expertise that I would like to channel so I can access and interact with it more easily. So I separate them into different lists accordingly to stream specific content. This is probably the most utilitarian use of lists, but be warned: It is very time consuming. That’s because the only way to assess a stream is to look at it objectively (don’t bother going from the bio, it often states a tweeting intention that just as often bears little resemblance to what the person actually winds up writing about). Given the current layout and speed limitations of Twitter, this can take an eternity if your followers number more than a few hundred. More on that in tomorrow’s post.

Here are my segmentation lists:

2. Lists to rate your followers
This is a more subjective segmentation, but every bit as useful. I have also created eight of these lists — all of which I keep private. For instance, signal-to-noise ratio (the ratio of personal chatter vs. useful marketing information) is important to me, so I have a list where I flag people who may provide valuable input, but to get to it require wading through endless online conversations and updates on their cat’s antics. I also want to keep tabs on my clients’ streams and support them where I can. Same goes for my family and friends. So these are my private subjective lists:

Here are my rating lists: Lists intended to help the community first and foremost by means of recommendation or classification. Placing someone on a “Utilitarian” list does not constitute an endorsement of the person, other than whatever endorsement may be gleaned from the mere fact that you bother to follow them at all. Altruistic lists are different. These lists are created for the benefit of other Twitter users. Here are the two ways I found I could address the needs of the community with an Altruistic list.

1. Lists to identify and recommend reliable sources for any given topic or purpose.
Many people are creating pre-validated lists of Tweeters they personally recommend. These are extremely useful lists that should make it easier for all of us to find and follow those people who exactly meet our needs. My most flattering inclusion in such a list came from @ryanevans who included me in his list of “people who are awesome” (I’m still blushing). I’m not sure how many people feel the need to be awed on a daily basis, but if that’s you than be sure to thank Ryan for his list. I think that Anita Hall (@anetah) is one of the sharpest hands-on social marketers on the corporate side. So in addition to including her in my list of social media experts, I was quick to follow her list of Corporate Social Media Strategists (@anetah/corp-soc-med-strategists). I’ve also seen lists of people who are most likely to RT your tweets and lists of Tweeters you would like to date.

2. Lists designed to express an opinion, flag a certain type of tweeter, help tweeters self-identify or simply amuse.
It will be exciting to see how lists are used creatively to communicate in new ways much in the same way that Twitter itself has been used for so many different ends. Lists of known spammers of phishers could provide a valuable service. Lists of people with cool avatars or page designs would be useful to some. I like @Orli ‘s list of fakers (@Orli/fakers) or @kitson’s list of people with one letter Twitter handles (@kitson/one-ltr-twitter-handles). The NHL were the first I know of to commercialize lists by creating a system whereby fans could reply to a tweet from @NHL and automatically be included on their team’s fan list (I’m on @NHL/bruins-fans). Not being on a list can say volumes as well. As a Bostonian, I’ve been thinking of starting a list called “Red Sox fans who are rooting for the Yankees tonight.” Any takers?

What lists are you into? Please let me know if you come across any offbeat lists or creative use of lists for marketing purposes.

Read Part One:Twitter List Triad  Part 1: Why you need them 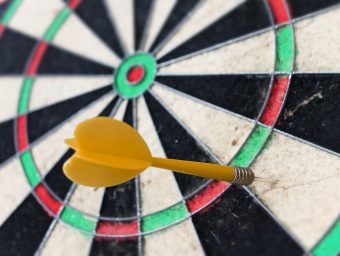