The Google Delusion: Something for Everyone

Part 2 of 4 I don’t believe any brand can be everything to everybody. But that seems to be the new ambition in Mountain View. ...

I don’t believe any brand can be everything to everybody. But that seems to be the new ambition in Mountain View.

Over the past decade or so, Google has launched or acquired 217 products. Most are outside its mission statement and core competencies. Almost all the homegrown products could be characterized as nice ideas, poorly executed. Chromebook is one example (among many) of an exciting idea that resulted in a ho-hum product. Being good in theory isn’t good enough to compete in most of the arenas Google enters. Google would do well to take a cue from Steve Jobs and pay more attention to execution. As Read Write Web recently observed “Google too often seems to reward the idea, not the implementation.“

A few of Google’s 217 products … and counting (Image source: http://news.submitinme.com)

Now the company seems to be attempting to unify these diverse products under one massive branded house architecture. As a result, stand-alone brands like Picasa will soon be rebranded  “Google Photos” and Blogger will become “Google Blogs.”

This branded house strategy typically works well when the various products all reinforce one clear set of positive and relevant brand values. But there is no such commonality among the random hodge podge that is the Google product portfolio. The net result of this exercise for consumers will be to further dilute what meaning remains in the Google brand name. Google may be able to maintain high awareness, but without understanding what the brand means their omnipresent brand will lose its relevance. This generates risk for investors because it leaves all products bearing the Google logo vulnerable to more focused specialist brands. In a recent WSJ article about Google’s purchase of Motorola handset and cable ­TV box business (Google’s $12 Billion Toy) Dennis Berman asks the question, “Does Google sincerely want to be a company that makes actual stuff? I’ve spent the last three weeks talking to people inside Motorola and Google and out, trying to solve the riddle. The disquieting answer is that there appears to be no sense that a choice is even required. There’s only a cocky belief that Google really can be all things at once: a hardware company with software margins, and a neutral Android arms dealer that just happens to be building its own Motorola army on the side.”

Google’s inability to grasp the concept of brand management or exercise it in their product launches is legendary (see: Why we haven’t met on Google + yet). So how can the company be so successful? First, most of its success (at least 95-97% of it) comes from its advertising business. Its other products have not fared as well. The reason most of their products even make it into the ring is because winning the search game provided Google with a global platform for awareness unlike anything marketing has ever known. Awareness is the first and the most formidable challenge for any new brand. Google brands have an incredible advantage in this regard (with or without them biasing search results). Combine that with the cash and technical resources at their disposal and the failure of brands like Video or Checkout seem mystifying … until you take a look at Google’s culture. Google products start with a substantial awareness advantage when introduced.

Google’s culture is an engineering culture, not a marketing culture. That makes them technically astute, but blind to issues existing outside their focus like managing perceptions and expectations around their brands. They have succeeded in making the Googleplex a Mecca for geek chic. And that’s why their brands will continue to struggle.

In his post Does Google Have Any Social Skills at All? Sam Biddle from Gizmodo provides a colorful description of how this engineering culture manifests itself. For instance, he describes how the recent Google I/O Developers Conference revealed lots of ingenious tech but adds “It also revealed an unsettling lack of human understanding … underneath each of these feats of technology you could see a hollow, lurching weirdness that makes you wonder: … Are these new things meant for regular people, or the data-obsessed, grace-deficient Silicon Valley nerd vanguard?” He concludes that “There isn’t any lack of effort or innovation here, but rather a gaping disconnect between the way data geeks and the rest of us see the world.” Sam’s not alone in his observations. In a recent article comparing Google and Apple, Henry Blodget cites the examples of Google TV and other marketing missteps to conclude that “It’s no secret that Google’s products often fail to win the hearts and minds of mass­market consumers the way Apple’s do. … The common thread of these anecdotes is that Google designs its products for geeky technologists, while Apple designs for normal humans. And it turns out that geeky technologists are a small, weird niche of the broader consumer market, which is making it harder for Google to become a beloved mass­-market brand.” He goes on to paint the picture of a company culture where “brilliant technologists are the rock stars. Apple, meanwhile, has a product­ design and marketing culture, in which “technology” merely serves to support a product’s function and form. … Like most people who work at Google, Steve Jobs was brilliant, but he likely never would have been able to get hired at Google. The Google hiring algorithm would have taken one look at his flaky educational background and concluded that he would never have amounted to anything. Steve Jobs’s genius, in other words, was a sort of genius that Google places little or no value on.”

I’ve seen this same scenario run its course in dozens of other firms that are basically lead by the engineers who invented the company’s product (regardless of whether they have the title of CEO). Once they have taken the company as far as their initial engineering innovaiton will take them, they hit a wall. It is probably the single most dangerous yet persistent corporate cliché in existence. The pattern in Google’s case is identical, it’s just the scale that’s different. The companies like this that I’ve worked with are often start-ups or struggling mid-sized companies and not the size of Google. I find the problem all these companies grapple with is that their initial success was based on an engineering solution, so they are convinced that better engineering is the answer to every business problem and they staff accordingly. As the saying goes, if your only tool is a hammer, you see every problem as a nail. Good luck to Google trying to engineer its way out of the brand problems looming on its horizon. Which brings us back to their motto “Don’t be evil”.

In my next post, The Google Delusion: Don’t be Evil (part 3 of 4),  I’ll look at the ways in which Google’s confidence has, in recent years, strayed into the realm of blind arrogance and how that is likely to effect the brand. 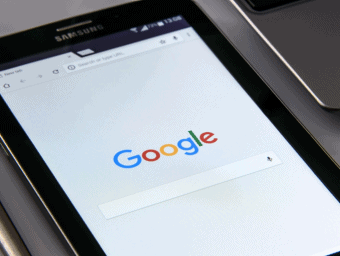