Joseph Kony 2012: Testing the true power of the social web

The social web has overcome geography, culture, even language to connect billions of people. ...

The social web has overcome geography, culture, even language to connect billions of people. Yet the primary use of this gift is still diversion. This year you and I will be tested to see if, indeed, there is a greater purpose to this amazing gift. It is the #KONY2012 project. 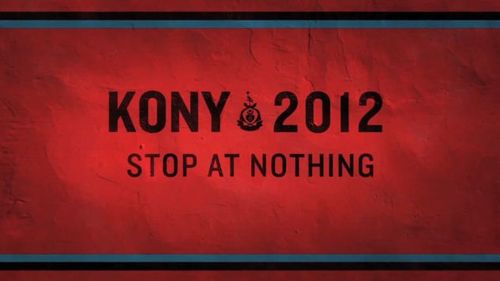 The idea is simple: Help make Joseph Kony famous in 2012.  If you use the internet for work or pleasure, think of this as giving back. It is a great cause and a real milestone in the power of the internt to do good. In this case stop an army that Wikipedia reports has abducted over 60,000 children and displaced over 2 million people. I was sent a video earlier this week that made me think about all the energy we spend online each week for business and diversion and how just a small fraction of that time from all of us could do so much more. This project is a vivid example of how global interconnectivity is changing the rules of the game for all of us and fo rthe better. I encourage you to take 20 minutes to watch the video.

Here is some background from The Invisible Children website.

Who is Joseph Kony? Joseph Kony is the world’s worst war criminal. In 1987 he took over leadership of an existing rebel group and renamed it the Lord’s Resistance Army (LRA). The LRA has earned a reputation for its cruel and brutal tactics. When Joseph Kony found himself running out of fighters, he started abducting children to be soldiers in his army or “wives” for his officers. The LRA is encouraged to rape, mutilate, and kill civilians–often with blunt weapons.

The LRA is no longer active in northern Uganda (where it originated) but it continues its campaign of violence  in Democratic Republic of Congo, Central African Republic, and South Sudan. In its 26-year history, the LRA has abducted more than 30,000 children and displaced at least 2.1 million people.

What is the goal of KONY 2012? Invisible Children has been working for 9 years to end Africa’s longest-running armed conflict. U.S. military advisers are currently deployed in Central Africa on a “time-limited” mission to stop Kony and disarm the LRA. If Kony isn’t captured this year, the window will be gone.

We are taking action to ensure these two things: 1) That Joseph Kony is known as the World’s Worst War Criminal. 2) That the U.S. military advisers support the Ugandan Army until Kony has been captured and the LRA has been completely disarmed. They need to follow through all the way and finish what they have started.

Why are we making Joseph Kony “famous”? Invisible Children’s KONY 2012 campaign aims to make Joseph Kony famous, not to celebrate him, but to raise support for his arrest and set a precedent for international justice. In this case, notoriety translates to public support. If people know about the crimes that Kony has been committing for 26 years, they will unite to stop him.

Secondly, we want Kony to be famous so that when he is stopped,  he will be a visible, concrete example of international justice. Then other war criminals will know that their mass atrocities will not go unnoticed or unpunished.