Predicted to compromise nearly 74% of ad revenues by 2021, the trend of native advertising is blurring the line between advertising and non-...

Predicted to compromise nearly 74% of ad revenues by 2021, native advertising is a rising trend within the field of online marketing. Simply put, native advertising is based on the idea of blending advertising into the context in which it is being published, blurring the line between advertising and non-advertising (Muna, 2017). Such deceiving marketing activities raise concern among consumers, who end up feeling misled by these hidden messages. In a consumer society strongly advocating authenticity and trustworthiness, will native advertising ever be truly accepted?

Native advertising – the black sheep of the marketing family

When using native advertising, aimed at merging advertisement with its surrounding content, success becomes highly dependent on creating content that is both interesting and relevant, as well as engaging. Providing consumers with captivating content offering great value is key, extending the role of marketers beyond its traditional boundaries. Not only are marketers expected to drive sales, but to create compelling stories capturing the highly sought after attention of consumers, in a world where attention is dwindling (Fournier & Avery, 2011; Van Dijk, 2012).

Social media and online channels have undeniably facilitated the emerge of native advertising, allowing companies to reach a greater audience at a lower cost than through traditional advertising mediums. Simultaneously, social media has given rise to social media influencers – individuals possessing a large base of followers on online and social media channels. By using such individuals as a tool in marketing strategies, companies can reach consumers in a personalized matter. The influencer becomes the trusted intermediary through which companies can channel out advertising efforts (Campbell & Marks, 2015; Mudge & Shaheen, 2017; De Veirman et al, 2017).

Companies are increasingly seeing the benefits of using influencer personalities in their marketing strategies. The greatest benefit is that consumers do not seem to connect the dots when taking part of influencer content, although the content is in fact sponsored, making influencers the ideal tool for native advertising practices. The naivety of consumers plays in favor of the brand, seizing the opportunity to weaponize influencers as a tool for mass persuasion. Nevertheless, exploiting consumers by leveraging their trust against such content is controversial. Hence, incorporating native advertising strategies in a legal and effective manner is quite challenging for companies, carrying the risk of jeopardizing the credibility of the brand (Mudge & Shaheen, 2017; Wojdynski & Golan, 2016).

The effort to merge native advertising efforts into its surrounding content could make consumers completely unaware that they are even looking at and advertisement to begin with. An essential attribute of advertising is that is should be of a non-personal nature, provided by a clearly identified sponsor as a means for encouraging purchase behavior among consumers. Native advertising often lacks a clear defining of the sponsor behind the content. Along with the intent of providing non-disruptive content, marketers risk being perceived as trying to mask their true intent to influence purchase behaviour, potentially creating a distrust towards the brand (Campbell & Marks, 2015; Sweetser et al., 2016).

Some are even arguing how native advertising should not even be considered advertising at all. Yet, companies, driven by forces demanding profit and sales, must be allowed to at least try to stay ahead of change. Exploring new grounds and dare to be different is part in creating a successful business, wouldn’t you say?

Native advertising in practice: the case of Buzzfeed

Although native advertising might seem straightforward in theory, implementing such activities in practice can be quite challenging. But there are those who have managed to solve the riddle, and Buzzfeed is such an example, managing to provide branded content that captures consumers in the same ways as engaging editorials (Andersen, 2016).

Buzzfeed is an online news and entertainment site, providing users with a wide array of content, ranging from DIYs to articles covering politics and business. Throughout the years, the digital media company has developed an impressive ability to provide users with captivating content, for instance through top-lists, making it a fitting example of successfully making use of native advertising efforts (Andersen, 2016; Buzzfeed, 2018; Vinderslev, 2017).

Brandon Keenen, Senior Director of the company, has argued how the secret of good native advertising can essentially be boiled down to three main recommendations; viewing social media platforms as an ecosystem, listening to consumers, and approaching native advertising in similar ways to editorial content (Andersen, 2016).

Viewing social media platforms as an ecosystem entails that brands should offer content that is coherent and relevant throughout the world of social media. However, each platform should of course be dealt with separately in order to customize content according to platform standards. Keenen argues that brands should be visible everywhere, and nowhere, considering the fundamentals of native advertising, finding consumers rather than letting consumers find them (Andersen, 2016).

Brands should learn to really listen to consumers, an advice that might seem outdated, but that has actually never been more relevant. In an era where brands must truly connect to consumers, being able to stay authentic while using native advertising practices is crucial. Brands should allow users to decide where the brand should be present – wherever they are, the brand should also be present. In a perfect world, brands would even be able to figure this out beforehand, allowing them to prepared and ready to provide compelling content once consumers enter the platform. (Andersen, 2016).

Buzzfeed is essentially made up of fans, forming an active and engaged customer base who will certainly let the brand know when something is off. Bearing this in mind, finding a balance between connecting through both knowledge and emotion is key, something which is clearly prevalent throughout the content provided by Buzzfeed. Brands should not underestimate the power of empathy and honesty in today’s increasingly transparent marketplace (Andersen, 2016).

Lastly, Keenen believes that the best way to deal with native advertising is to think of it as editorial content. He points to the phenomena of going viral in today’s digital environment and how there must be a compelling reason behind virality. Keenen draws on the similarity between editorial content and native advertising, discussing how editorials are created upon a desire to impact the world. In a similar way, native advertising should shed a ”nice light of awareness” upon the brand in question, whilst still providing consumers with additional value. In doing so, virality will essentially become synonymous to authenticity, strengthening the overall strategy of the brand (Andersen, 2016).

The future of native advertising

Going back to the early years of social media, the phenomena mainly emerged as a space for consumers to connect and interact with each other on a greater scale. In the basic configuration of social media, brands were unwanted guests infiltrating the private space of consumers. Any branded activity performed using social media platforms were looked down upon and considered highly inauthentic (Fournier & Avery, 2011).

Initially thought upon as the ultimate marketing tool, social media became the antithesis, posing as one of the greatest challenges yet for companies to overcome. Rather than strengthening the power and position of brands, consumers were the ones empowered by this new phenomena. Social media became a boot-camp for consumers in learning how to read between the lines and unveil hidden messages, and they are no strangers to telling it like it is (Fournier & Avery, 2011).

Another great challenge for companies is how the shift of power has granted consumers the choice of only taking part of information that is of interest and relevance to them. Marketing and branding efforts have become voluntary, replacing the times where such efforts were rather considered entertainment. Social media has taught consumers how to leverage brands for their own good, tightening their grip of the marketplace as digitization continuously evolves (Fournier & Avery, 2011).

With consumers gaining momentum as the MVP of the digitized marketplace, native advertising is the latest attempt of firms in reclaiming the thrown. In struggling to bypass the new role of the consumer, native advertising has simultaneously become a protective shield for firms in adjusting to the new branding landscape emerging beyond their control. Gone are the glory days of traditional branding – long live the era of the democratized and digitized marketplace.

So, will native advertising ever be truly accepted? I guess only the future can truly tell, but practice makes perfect, and there is no driving force as powerful as that of revenge. Although they might have had a slow start, brands are catching up, and native advertising is only the beginning. 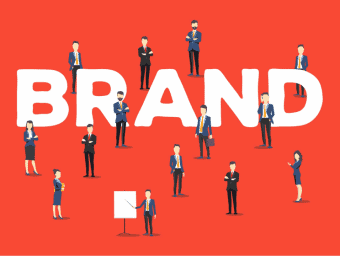 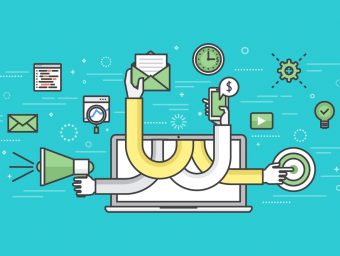 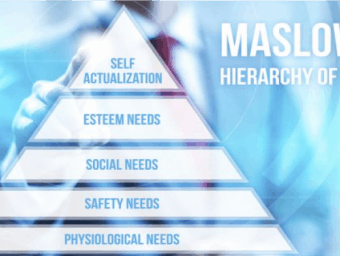