It’s Not Me, It’s My Alter Ego: Remastering the Term Performance

Performances are key for defining our personal brand and stating our ideas. But what happens when our alter ego wins the battle...

Some days ago, the concept of performance arrived to me in the shape of a YouTube video. Ter, the Spanish youtuber that has linked her vast knowledge in architecture with the Kardashians and the top-of-mind millennial concerns with special grace, was the master mind responsible for this. She described the term performance as canalising one feeling from the ones that an issue causes to you in an intense way to make a point, avoiding disclaimers and taking a clear position until the end of the presentation of your idea[i].

Following the definition of performance, it is time to enjoy one of the mythical pieces of art done in the XX century. Another brick in the wall was not only a song created and played by Pink Floyd, it is one great example to explain the concept performance. The band decided to design it from a very critical point of view, blaming the education system for destroying the artistic roots of children from an early age, creating a society that can fit the system perfectly. In the song, they encourage children to rebel against their teachers and the system: 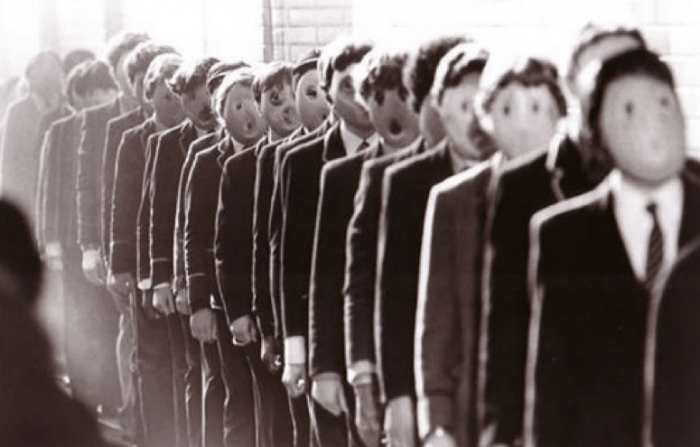 Although society in general sees that schools and other educational institutions are important for cultural, intellectual and ethical progress of humanity, Pink Floyd decided to leave this behind and focused on the negative results that rigid institutions can produce. This is considered a performance because they presented and finished their statement from the feeling of anger, what helped them to make their point clear.

HOW PERFORMANCES ARE LINKED TO PERSONAL BRANDS

To exemplify the three points I will use Eminem, probably the American most known contemporary rapper of all times.

Through his 10 studio albums and songs he has been able to maintain an authentic and true image through the years. The power of Eminem’s lyrics and songs is stemming from autobiographical experiences and feelings that his fans take as honest and valuable. This creates a relationship of complicity and intimacy that is converted into a strong bond between Eminem and his followers. He is aware of the importance of acting with integrity, and that is how he expresses it:

“The emotions in a song, the anger, the aggression, have got to be legitimate.” Eminem, 2008[vii] 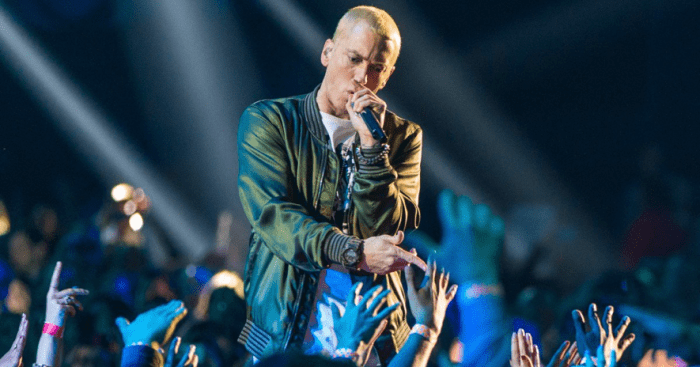 Strong personal brands can come from communicating your ideas in form of performances, what can generate debate – sometimes from uncomfortable and unconventional positions. To show this it is time to present one of the most provocative voices in the music industry: Kanye West.

The American rapper Kanye West has been at the same time the most Grammy awarded rapper and the most controversial celebrity in the XXI century[viii], both helping him to create one of the most powerful personal brands – and be one of the most influential people in the last years[ix]. However, he has been accused many times for being rude, disrespectful and sometimes too honest for his own good. These are some of his most iconic words:

“I’m very happy for you [to Taylor Swift], but Beyoncé has one of the best videos of all time” Kanye West, 2009

VMAs in 2009 witnessed one of the most popular performances of Kanye West. While the singer Taylor Swift was making her speech after having won the award for best video, he grabbed the microphone from her and pronounced these words. Both singers implied were shocked after this, however, part of the crowd applauded his words.

In this case his public appearance and speech on the 2015 VMAs made the media, his closest circle and the public in general start talking about Kanye and the possibility of him being an actual president of the United States. This video created by CNN show some of the reactions to the news.

After these and some other scandals he decided to shut down all his social media profiles and disappear from public life for 2 years[xi]. Marketers and social media experts would have stand against this kind of decisions, as today it is all about sharing[xii]. However, he decided to come back in April this year on Twitter and posted around 500 tweets in few days, stating his opinion about several topics, such as creating, politics, celebrities and basically what came to his mind[xiii]. This can be linked to the concept of conversational interactivity in social media, where the individual is capable of “generate and disseminate his or her own content, synchronously or asynchronously”[xiv]. As a consequence, he received lots of feedback from his followers, both supporting her ideas and also criticising, for example, the fact that he was supporting president Trump.

IS THIS ME OR WHO I PRETEND TO BE?

At this point you may wonder: what is the line that divide the artist and the private person? Well, although some authors argued that a personal brand is related to the public image of an individual[xvi], nowadays not only artists, but celebrities and people in the public eye can clearly define or blur this line. As a result, differentiating what the private person is and what the character or personal brand represents leads to confusion.

The last example chosen is the singer C. Tangana who widely understands the concepts of performance, character and private person.

Antón Álvarez, or C. Tangana (alter ego) is a Spanish singer known in the Latin music industry, specially rap/hip-hop. Since 2015 he has constructed its artist image around the idea of “bad boy”, being controversial in several occasions and getting into song battles with other artists in the sector[xvii]. C. Tangana has also been criticised for writing and performing in a sexist way with songs like Mala Mujer and being disrespectful. A current debate around him happened a week ago, when he was presenting his last single, “Un Veneno”, in a Spanish music talent show. 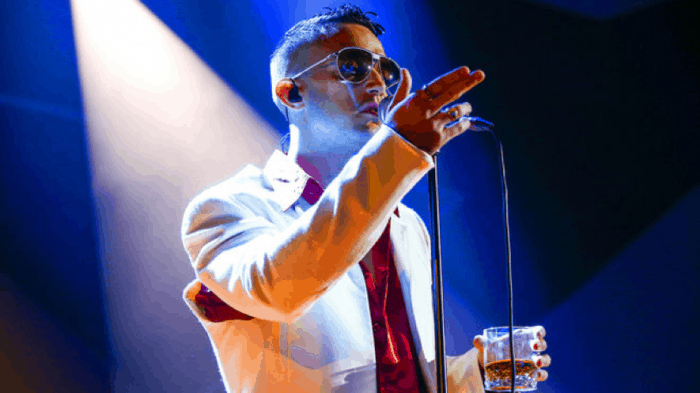 What was so controversial in this performance that made Spanish media and fans talk about it? In my opinion it was a combination of several issues:

On one hand, what people are complaining about is the fact that he acted rudely when not thanking the program, drinking alcohol and unexpectedly leaving the stage. Authors like Charles D. Cederberg consider that ethics and existing standards should be followed when creating a personal brand[xx].

On the other hand, people also argue that all those elements make up a performance done by the character C. Tangana and admire him for what this performance represented.

And you, what do you think about this issue? I encourage you to write in the comments section below your opinion, as well as liking and sharing the post in your social media. What is left for me to say is: thank you for reading!

Bains, A., 2017. Why Kanye West is the Most Influential Artist of his Generation. [Online]
Available at: https://36chapters.com/why-kanye-west-is-the-most-influential-artist-of-his-generation-56590ff8360c
[Last accessed: 26 November 2018].