How checking strategic blind spots can keep your brand on track

What is a strategic “blind spot,” and why do they play such a big role in marketing success?... 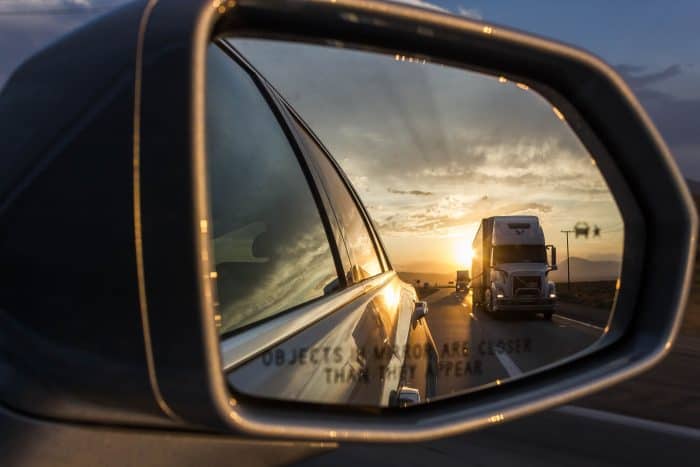 Why do international marketing efforts fail so often? And why do accomplished marketers make mistakes abroad that they would never make in their home market? These are some of the topics Sean Duffy recently discussed with international marketing expert Kathrin Bussmann on her Worldly Marketer Podcast. We are presenting the transcript of that interview in four parts, edited for length and clarity. In this segment, we discuss the case of US retailer Target and their disastrous attempt to take the business into neighboring Canada exploring:

You’re listening to the Worldly Marketer Podcast brought to you by verbaccino.com.

Thank you, Kathrin. It’s great to be here.

Well, Sean, you’ve just published an excellent new book called International Brand Strategy: A Guide to Achieving Global Brand Growth. Who is the target reader and what specific problems do you address in the book?

In terms of the book’s target readers, it’s really people in mid-size companies who are seeking growth domestically and abroad.

Large multinationals like Unilever, Coke, P&G, they tend to have dedicated teams of people working with brand strategy and they have their protocols in place for how to manage their brands, how to keep in touch with their buyers. So I think they’ll find the book interesting, but I actually wrote it for mid-sized companies and that’s both B2C and B2B who are looking for aggressive growth and are really eager to leverage every advantage they can.

In those companies, I think the most obvious target readers, of course, would be your CMO, product managers, brand managers, sales team, and the marketing staff. But the interesting thing about mid-sized companies, I alluded to a second ago, is that in a mid-sized company engagement from the CEO and the entire C-suite is absolutely essential if you’re going to develop a strong international brand. If you’re going to be able to fund and execute whatever it is that you have in your marketing strategy, you need them on board. Without that, it’s a real struggle. So even though the book is about branding and marketing, I really hope it’s read outside the marketing department because I think that’s where a lot of the information is needed most.

What motivated you to write that book?

When it comes to motivation for writing the book, I’ve always had this nagging question: “Why do really good business people with really good products tend to fail so often when they leave their home market?” My conclusion is that it comes down to the idea of blind spots.

Blind spots are important things that people can’t see. What makes them dangerous whether you’re driving in your car or you’re working in business, is that in most cases we are not aware of our own blind spots. The only time we find out is when we hit something.

Because we can’t see them, we proceed as if we have the full picture. I think filling blind spots, making them visible so they can be managed, is really the primary job of a strategy consultant. So that’s what I’m trying to do in the book. I’m really trying to identify many of these blind spots so that people have a better picture going into markets and can manage them better. If I could achieve that or at least have people understand that the blind spots exist, I’d be happy.

The whole first half of the book basically is devoted to that concept of the practical blind spots that companies often have around launching their brand internationally for the first time. You actually start the book with a really good example of this, which here in Canada we’re very familiar with. It’s a few years ago when Target, the big department store, the US-based department store chain decided to launch Target Canada. Everyone here in Canada was already well familiar with the Target brand because most of us Canadians live relatively close to the US border.

A lot of people when there’s not a pandemic happening are used to crossing the border on a regular basis to go do some shopping. So everyone here in Canada knows about Target and was very fond of the brand, was used to seeking out Target stores when in the US to do a bit of shopping there. The value proposition was well known to Canadians as well which is an amazing selection at low prices. That is the value proposition.

So it was a bit of a shock to Canadians when Target finally, finally launched here in Canada. We were all very excited. It didn’t take long to flop, completely flop, and they had to retreat. So I’ll let you just quickly tell the story how that happened, why that happened in a nutshell. Can you just tell us the story?

I think Target is a textbook example. I included it in the book because we talk about those blind spots, and there’s a long list of blind spots, but the Target case includes almost all of them. They hit everything “not to do” when you’re going into a foreign market. And the interesting thing about that is the people who made those poor decisions are probably among the best marketers in the States. I mean, really sharp people.

And the company itself, it’s a really sharp company, and they have resources. They had all the resources they needed to succeed. The other thing is that they’re only moving essentially just a few hundred miles north to Canada. It wasn’t like they were going to the other side of the world. So one of the most common blind spots I think that happened with them is that they used their experience in the States and brought that with them. I think it was a handicap actually to bring that with them up to Canada and basically try to duplicate the magic.

For instance, they’ve had decades of experience in the US and tons of data on US shoppers and how they behave. So opening a store in the US for them was really formulaic. If they opened the store within a defined proximity to a defined demographic on the defined population density, then they could easily predict how much money was going to come back from that store.

So they applied that logic to Canada and made a super-convincing case for the expansion north. Reams of financial forecasts and a lot of numbers to support the case. But what they neglected to do was to look at the buyers. In all these scenarios, whenever you’re going into a market, that’s the wild card and it’s something you should be really aware of because it can tank all your beautifully crafted mathematical forecasts.

Target management were focused on making the case of how the Canadian shoppers were identical to the US shoppers. A lot of their early talking points when they were going into Canada was how Canadians had the same shopping habits, same problems, same desire for their product. They love Target, like you said, but what Target really should have been looking at is the differences: What are the differences between the Canadian and US shopper? And there is always a difference, always.

I think Canadians can get a little bit annoyed when Americans just say, “Oh, yeah, Canada. It’s like that other part of America just up north.” And as you know, there are big differences between the countries, but Target didn’t see those. The thing is that it would have probably taken about eight to twelve weeks and maybe a couple hundred thousand dollars to do the kind of study they would have needed at the beginning to understand all these things.

Within 12 months of launching in Canada, Target lost five and a half billion dollars. And that’s just the cash. You also have to consider losses in  terms of their credibility. Their brand took quite a beating as well.

That was a textbook example of going into a market and not looking at the buyers. Of course, the reason why people liked Target was because the prices were low. But in Canada, there are tariffs and taxes and all the other pressures that every other Canadian retailer is under. When they opened up a store there, they couldn’t offer the same price as the US, but they didn’t predict that that people would be upset at that. That was just the tip of the iceberg. They also had a number of problems with logistics and setting up shops quickly— just getting things going in Canada. They prioritized this ahead of customer experience. They never would have done any of this in the States. But for some reason, when you go into another market, you feel like, “Well, we can get away with it here, I suppose.” As we know that approach didn’t work out.

It’s just a fascinating case study and I encourage everyone to go read it in your book because it’s just so interesting on so many levels. And it just goes to show that even when you’re expanding into a market that on the surface looks relatively similar to your own market, you can never make assumptions. You can never take anything for granted. You really have to do your homework ahead of time and figure out, like you said what the differences are, so that you have as few blind spots as possible going in and you can manage them in advance instead of finding out when it’s too late that it’s not going to work as you planned it.

Absolutely.  Often we’ll be working with a company and we’ll be going into, let’s say, Latin America. If they have someone in the marketing department who’s from a Latin American country they often say “Well, do we really need to do all that research work on Latin America when we have someone from there on the team?” It’s a classic mistake.

Clients ask me all the time. They say: “We want to launch in the US and since you grew up there we don’t really need to do all this background research do we?” It’s tempting to say, “Yeah, I think I have a good grip on that segment in that market. We can just go for it.” But I’ve never had the experience where we search for new insights and we don’t learn really important things from the buyers that we would never have been able to see on our own — even though we grew up in the market. So word of caution: If you think that because someone on your staff is from the country that you’re going into, you still should be doing the proper due diligence.

In the next segment of Kathrin Bussmann’s interview with Sean Duffy, the two discuss what healthy international growth looks like and the ten prerequisites required for sustained business growth. The points are summarized in two handy models that you’ll be able to apply immediately to your brand.