This case shows how online games can grow awareness and audience while engaging your target and reinforcing brand values. Napapijri, part of the VF Group, hired Duffy Agency to help them use social media more strategically in an effort to accelerate brand awareness and develop their online audience.

Duffy Agency began a program of regular content and social media marketing activity. It was punctuated by two major digital campaigns each year timed around the launch of their Spring/Summer and Fall/Winter collections. The SEARCH PARTY campaign was one such campaign. It was run across 14 countries and centered around an online game that Duffy Agency developed for the brand.

The premise of the game was that, during the last photo shoot in Iceland, the crew left three bags of clothing behind by mistake. Players were asked to create a SEARCH PARTY with their Facebook friends and, over a three-week period, use an interactive map to find each of the three bags, based on clues provided. The person who was first to locate a bag would win the bag it and its contents. And, one of the winners would also win a trip for four to Iceland.

We used the game as a focal point of a broader promotional campaign that included search and social advertising, email marketing, traditional public relations, as well as video promotion. The entire game concept and app design were all created to ensure maximum sharing and thus brand awareness, while reinforcing brand values. For instance, players got one guess per day for free, but could earn up to 5 more guesses by inviting Facebook friends to join their search party.

The game was hosted on its own microsite but was completely integrated with Facebook functionality and user experience. Players could access the game from a tab on Napapijri’s Facebook page and use Facebook’s sharing and messaging services to invite friends.

First we created an insanely social game that reinforced the brand story and campaign message. 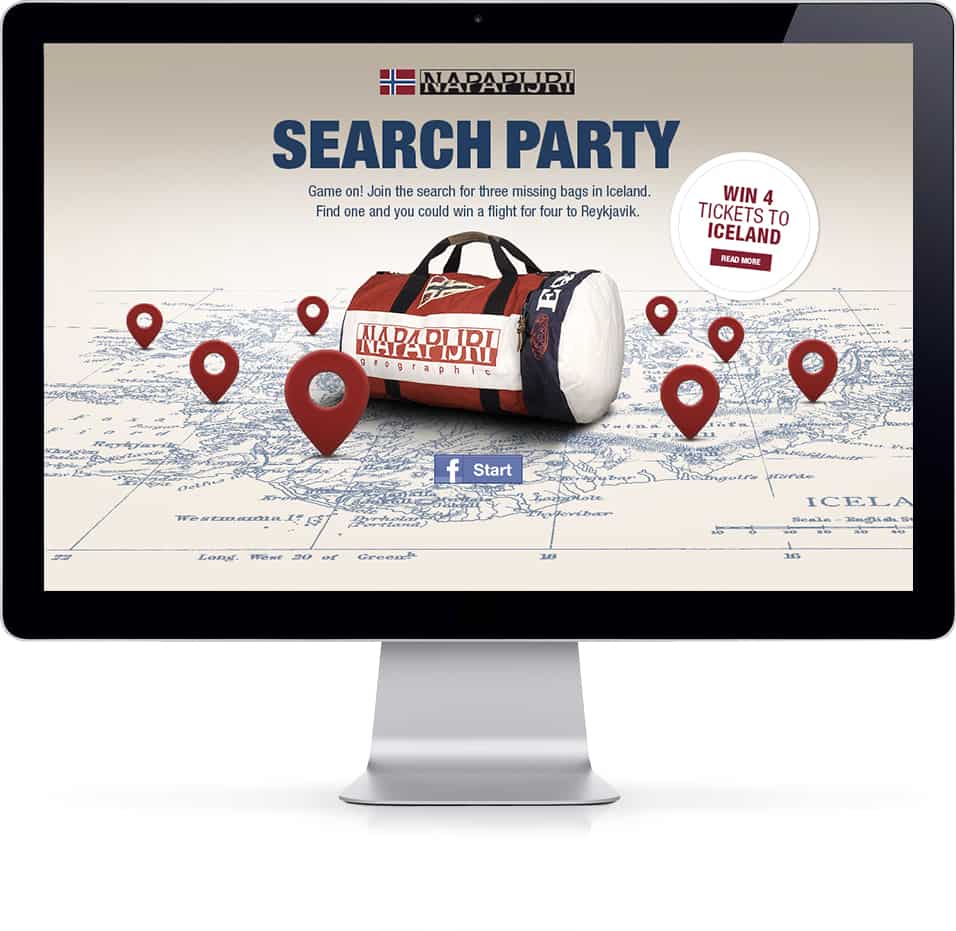 Then we promoted the heck out of it 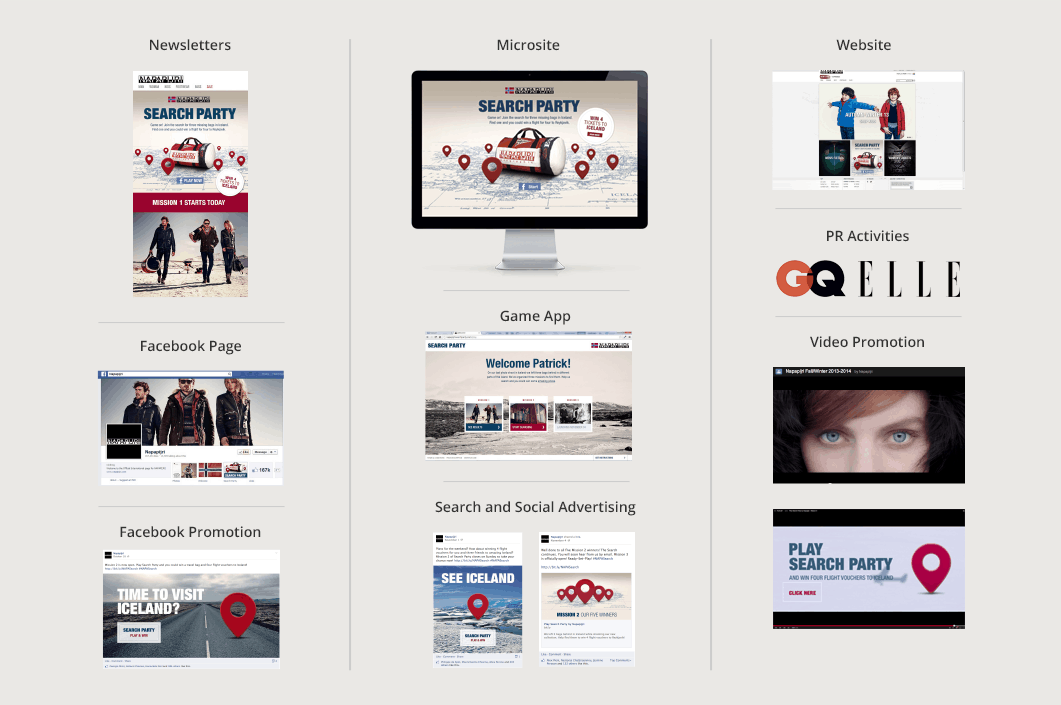 Visitors to the game

Increase in the rate
of newsletter signups 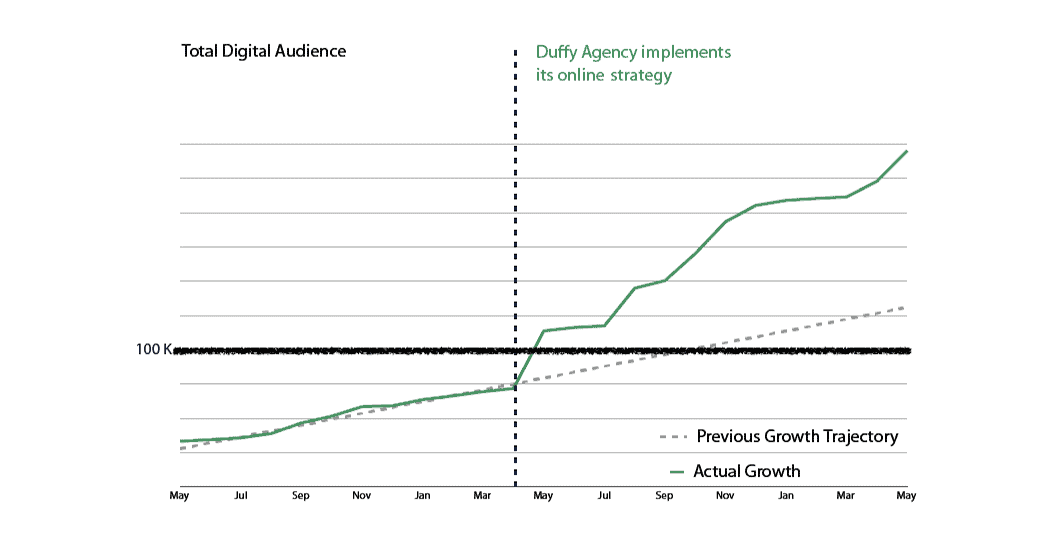 In our first 12-months managing Napapijri’s social presence Duffy Agency has more than quadrupled Napapijri’s online audience and increased the rate of growth of their audience by 300%.