Why you should give up the words “social media” for lent

A nonsectarian yet slightly pedantic post on the importance of names If you work in marketing you probably use the term "social media" se...

A nonsectarian yet slightly pedantic post on the importance of names

If you work in marketing you probably use the term “social media” several times a day. But what do you really mean when you say it? The ability of the internet to connect most people on Earth regardless of geography, age, even language will continue to change the rules of commerce, government, education and just about every other facet of our lives. We are just in the first few moments of this brand new day and already change is apparent with developments like Facebook, Arab Spring and WikiLeaks, to name a few. 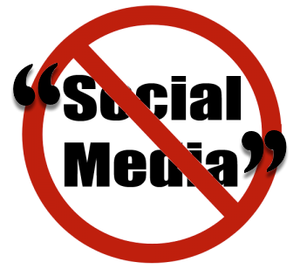 Marshall McLuhan’s Global Village has arrived. The possibilities for brand managers are numerous, but first we need to get our collective heads around the concept and I think one way to start is to focus on the language we apply to it.  “Social media”  has become our catch-all phrase for anything web 2.0.  For operational purposes, I find the word has become meaningless.  It’s only when I ask someone what they mean by “social media” that we really get to the heart of the topic at hand. It would be nice to talk about online marketing without having to take this detour.

That’s why I’ve stopped using the term “Social Media”.  Which is more difficult than it might sound considering the phrase comes up 100 times a day in my work conversation. But despite the challenge, I’ve found the experience liberating.

There is no shortage of sharp marketing leaders or online gurus who “get” today’s web. They are all over the web. But many rank and file marketers around the globe don’t yet get it. For them, I think the term “Social Media” is helping maintain several fallacies about the internet that blinds them to the real issues and opportunities presented by today’s internet.  Two come to mind. The first is the notion that internet is still primarily suited for entertainment and diversion. The second is a tendency to see online networking sites like Facebook as traditional “media” and expecting them to behave the same using traditional media tactics.

Considering the highly social nature of humans and the very unsocial nature of our pre-internet mass communication technologies its not surprising that we were all quick to label today’s web “social media”.  But the name seems more like a reaction to the past than a workable descriptor. Like the way the first cars were called horseless carriages or how TVs were designated “Color Television” when that option went mainstream in the late 1960s.

Scholars like Kaplan and Haenlein have tried to define “social media” with clever categorizations (The challenges and opportunities of social media).  For example, their system maintains that there are precisely six types of social media. Definitions like these tend to come and go and share one thing in common:  they are all retro-fitted onto the web we know in hind-sight and are a bit forced.  I doubt their completeness.  I think these academic exercises describe the characteristics of  “social media” as it emerged over the past five years and, as such, are limiting as we move towards the future. Its like trying to defend the position that there are only six types of people on Earth or six types of literature or painting possible.

But my main reason for not embracing these categorizations is that they define the “social” web as something distinct from the rest of the web (whatever that might be).

In a 2006 interview the internet’s inventor, Tim Berners-Lee, was asked his opinion of pundits attempts to label the new social web. Referring to the term “Web 2.0” he dismissed it as a misleading “piece of jargon”.  He explained that the sole purpose of the internet from the start was to be “a collaborative space where people can interact”.  I think Tim Berners-Lee’s sentiments regarding the 2006 catch phrase “Web 2.0” would apply equally well to today’s catch phrase “Social Media”.  I still think our simple dictionary definition of  “social media” is the most accurate:  “a means of communication that allows for people to interact”. But, as Sir Berners-Lee suggests, there’s already a word for that …. “the internet”. Want proof? Take any article on the subject, replace “social media” with “internet” and it will still read the same. 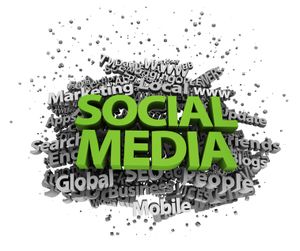 So when I hear “We need to do some social media” or “Let’s improve our social media” I hear “We need to do some internet” or “Let’s improve our internet”. The statements are so broad as to be meaningless in terms of actionable marketing activities. In most cases, when brand managers are talking about their desire to do more “social media” I find they are referring to “online networking”. Networking is an active verb. It is an accepted business activity. In that context it is done with an objective and targeted activities.  It implies an endpoint.  Networking is a concept everyone understands, especially the C-Suite. Its when we label that activity as “media” that the confusion enters. I believe that if we all got in the habit of calling “online networking” what it is  then perhaps marketers would be less prone to treating online networking sites like traditional broadcast media channels.

And if we get over that hurdle we can begin to explore all the other new things beyond networking that we can do with a globally connected market. My vocabulary has been relatively social-media-free for a few months now. In my daily discussions I find myself forced to replacing that catch-all phrase with whatever online aspect or activity I’m really referring to.  It was tough at first and I still slip-up now and then but it has helped.

So try replacing “Social Media” (the noun) with “Online Networking” (the verb) for lent, or at least a day (or even for a meeting) during lent and let me know how it goes. For more on this topic see my Talent Zoo post: The Social Media Revolution is Over. Now What?

NOTE: Thanks to Jenessa Carder (@expressanything) for coming up with the headline for this post.